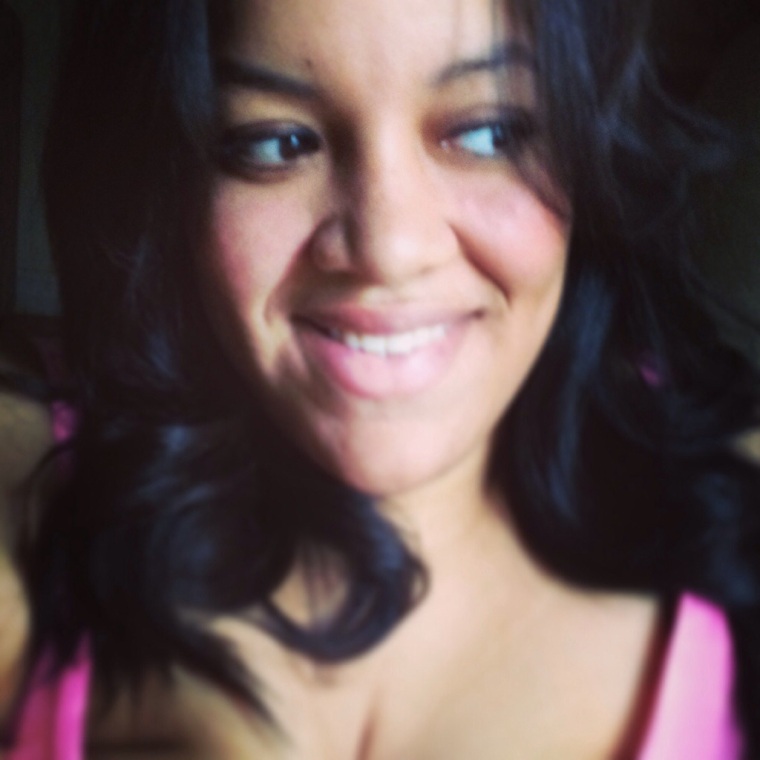 Every woman should feel pretty in their own pink.

Have a beautiful Thursday! 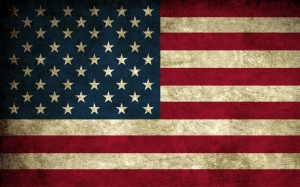 Take a break from watching Jerry Springer, or consuming endless amounts of booze pool or ocean side, and remember why we have the day off.  Service men AND women fight tirelessly to ensure our freedom!  Even the soldiers who are here suffering; let us not forget them either.   Go team America.

I recently got a sample of Pantene’s “Repair and Protect” in the mail.  I figured I would give it a shot because I love trying new products.  I know some who love Pantene too.

It did give my hair a shine, which is nice.  My hair is naturally oily to begin with, so within a day of using this product, my hair is already flat, and blah.

This was the after picture after I dried my hair and straightened it.  A full bottle of each product retail around $4, which is reasonable.

Would I purchase this?  Probably not.  My hair felt  crunchy/dry after I dried it not soft like I’m used to, and I really don’t like the fragrance of their products.

If you haven’t heard, seen or watched the clip of Louis CK’s show, “Louie,” where the fat woman  voices her struggles with dating in great detail, you are missing an important conversation that is almost muted in our society.  The female character goes on about how her struggles encompass men almost living in fear of walking hand in hand with her, let alone dating her, because they are worried to be seen with her.  Louie’s character gives off the usual physical and verbal reactions; looking around nervously, and spitting out the knee jerk reaction of, “No, you aren’t fat” as a way to make the woman feel better about herself and almost convince himself that it is indeed okay and acceptable TO date her.  I don’t necessarily agree with all of what the female character is saying, but I think it’s important to start there.

Yes, everyone has a preference.  That’s just human nature.  The problem lies in there being preferences versus denying happiness due to how you are perceived by your peers.  I believe it goes deeper than how heavy a person is too.  I know that to some, they may be into say, black women, but would never openly date them or marry them out of fear of what their friends or family may say or do.  In some cases they may even be disowned.  Or they may be bullied for dating someone out of their class – the list is endless.  I do think things are getting marginally better, but it’s not enough.  If you meet someone, you click, and there is mutual attraction, why not pursue things?  Why not see where things go?  Why are we so worried about what someone else thinks or what someone else sees?  People spend a lot of time, energy, and money to impress other people.  There are industries built on taking your money to make you appear better for a limited time.  What happens when it’s over?  What happens when you aren’t important anymore?  You are left alone.  The party is over, the money may be gone, and your bed is cold again.  What if we made the start to begin working to make ourselves happy?  Would we be better for it in the long run?  Of course!

We all need to start having this conversation honestly, and let go of the fear of being judged by our peers.  They may have the same desires but are too scared to admit it as well.  I’m glad this video is going viral.  Hopefully, there is more honesty in the media, and in our lives.  We are all looking for the same thing –  that connection.  It shouldn’t be hampered by any prejudice or fear.

Spread love & inspire happiness for all!

The video is a little over 7 minutes, but it is definitely worth watching the entire thing.  How does it impact you?  Is this opening dialogue within your circle of friends?  Maybe your family?   Let me know!

Target has a somewhat revamped plus size line called, “Pure Energy.” Naturally, this line comes in items that are not cut well for a plus size shape (surprise).  I went to two (yes two) Target’s in my area just to see if there was a variety of items for this line.  Not every store carries the same items, and both locations for me aren’t far from each other.  Of course they have the usual suspects, dresses, tops, pants, jeans, blazers, blah blah blah.  Price points? When a top is almost as expensive as a dress, it’s okay to skip on this collection.  I really miss the way Target used to be.

My favorite trick now at Target is waiting until their maternity clothes go on sale, and going on a small shopping spree.  My favorite time is when everything is $15 and under.  Their maternity clothes fit a lot better too, and the tops are longer.  Another gem of good news is they mark their stuff down a lot faster lately.  Take advantage of this!

Let me be clear:  not that I think plus size women are shaped like pregnant women, but until plus size retailers understand that just because a woman is plus size, she isn’t built like a box, or she actually needs longer sleeves, not a wider midsection – plus size clothes will never fit well.  This also goes for some of those plus size boutiques that sell dresses that look like sausage casing.  Clothing should frame your shape, not squeeze you.

Have you tried this line from Target yet?

I hope you were all able to enjoy Mother’s Day, spending it with those that meant the most to you.  Whether it was the woman who gave birth to you, adopted you, or raised you; each woman in your life is special and deserving of the title “Mother.”  This, of course, extends to those newer Moms out there who are newly pregnant or  have young children.  Enjoy the ride, take too many pictures and spend as much time as you possibly can with them.  They grow up too fast, and you can’t makeup for the lost time.

With all the special gifts we can exchange over any holiday, the best gift to give is self esteem.  Too many women of all ages are suffering, sometimes in silence due to not feeling adequate.  You are all capable, beautiful, smart, and worthy!  Remind yourself each day, and remind those wonderful women around you too.  Let’s work hard to keep that gift going!  Fresh flowers are always a bonus too. 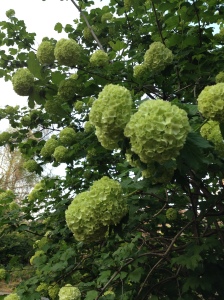 When is it okay to make the first move?  I saw a statistic earlier about how the success rate of one dating site was shy of 40%, simply because the woman made the first move, and messaged the man first.  It prompted me to think, I wonder how often women actually do make the first move, in more situations than online dating, but also in life?  We are moving at a rapid pace in modern society where women may actually end up equal to men.  Does this also translate to the relationship world?  And, will this create new gender roles in relationships?  Will a trend of women proposing to men spike in the next twenty years?  It is entirely possible!

On the flip side of this, I have heard from men who are older (40s and older) how women have “become men,” and they miss women being “women.”  Their argument is they miss women being “feminine,”  “supportive,” and as some put it, “being ladies.”   They may have a point, even if they are treading in the waters of sexism.  It is common now, and accepted, for women to dress provocatively at most occasions, use foul language in every day speech, and to some degrees take pride in such things as being “rachet.”  I am still trying to grasp how this happened myself.   I think in a lot of cases this mindset that these men have has to do with a generational approach versus cultural when it comes to finding a partner.  We are leaving an age where Disney and society put labels on what it meant to be a woman, be feminine, and be the perfect partner.  A lot of people who are 40 and older probably grew up in a home where their mother stayed home with them until they started first grade, and was still home a majority of the time, so their subconscious want is to have that security in their home life.  They felt it was best for them as a child, and would want to continue it for their children.  Those younger then 40 most likely had parents who went back to work right away so they were raised to understand that women do work outside of the home just as much as inside of the home (Being a Mom is a tough job!).  In fact, they were raised with the idea that Mom works just like Dad works, and they both worked hard!  Regardless of the financial necessity of having two incomes, when you look at things from this perspective, we can now understand why women are starting to push the boundaries of what it means to be “the woman” in a relationship.  It just doesn’t exist.  Cleaning and maintaining a house is not a woman’s job, so much as using power tools is a man’s job.  They are just jobs that need to get done, and dishes won’t wash themselves.

Why should a woman sit by the phone waiting for a suitor to call?  Why shouldn’t she make the first move?  Say the first hello?  It is not emasculating, and does not make her any less of a woman for it.  In fact, I think a lot of relationships would be healthier if there was more equality, and less dependency.  It would force couples to have those hard talks earlier in their relationships, and stop wasting years together.  I don’t believe that women are turning into men; I think they are learning to find their voice.  It does not make men any less for it either.  In fact, more men should support a woman’s right to choose, whether it is in business, life or in the home.  We all have different paths in life, and when you find yours, you should be proud of it with all your might.  Whether you feel your place is in the home or boardroom – achieve it, and own it.  Do everything in your power to say it’s yours, not that you are allowed to do it.

Looking for something? Try the search bar.