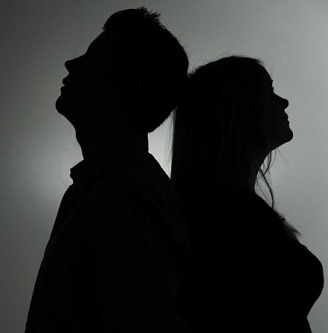 Summer is moving at such a rapid pace that it feels like all I have to show for it are bad tan lines and a high air conditioner bill.  I hope you have found plenty of ways to find enjoyment the past couple months and are looking forward to the change in season coming in another month.  Onward to the festivities!

Lately you have heard the word, “narcissist” thrown around to describe either the current generation or the current dating pool that so many of us fall into.  While I agree that there is limited in person social engagement which is causing a lot of people to forget HOW to socialize – even when it comes to say buying groceries in the store.  We are all systematically becoming that person that demands to speak to the manager when we don’t get our way.  It’s a bit disgusting that we are forgetting to understand that we are allowed to accept, “No” as an answer.  Not everything will go our way in life.  I’m taking this a step further and saying some out there are hovering around sociopathic like behavior.  Sociopath being defined as: a person with a personality disorder manifesting itself in extreme antisocial attitudes and behavior and a lack of conscience.  Whatever happened to that mantra of: Be cool, man ?

How about those we encounter while trying to navigate through the dating pool that have mile long laundry lists of who their perfect partner is supposed to be in order for them to then make a firm commitment in life?  We all know them by their random list of interests, or their overly specific tastes in music.  They lose what it means to appreciate another person for being just that – a different person.  They want something unrealistic and frankly, doesn’t exist to justify staying single well into their 50s.  It’s your choice to not want a deep connection with another person – these kinds of people would rather jump from ship to ship in hopes of finding that greener grass that’s probably comprised of spray paint and broken dreams.  Not everyone has the goal in mind to get married or have children but even the most anti-marriage person wants a long term partner in their life.  It’s part of what makes us human:  We long for intimacy with another person, whether it’s documented legally or not.

So, what exactly would be the solution?  Is there even a solution?  I have read that some feel the lack of a religious background is to blame.  I’ve also read the rapid increase of users with various modes of technology can also be to blame.  The overly connected world is causing humans to become disconnected in real life.  Or maybe the world is really ending and this is just the fallout?  Whichever way you lean, the most important thing is we have to remember that the other person; whether it’s on the end of a phone line, email, or they are sitting across from you at a table – they deserve us being present in that moment.

As the saying goes, it doesn’t cost anything to be a good person.

Looking for something? Try the search bar.